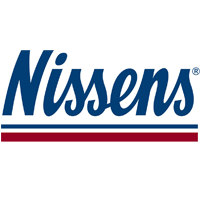 With over 95 years of thermal know-how, Nissens continues to invest heavily in R&D for engine cooling and climate system components. This way, the company can offer the highest-level solutions for automotive professionals and enthusiasts alike.

1921: was established by Julius Nissen in Denmark.

2005: opened a factory in Čachtice, Slovakia.

2011: achieved the ISO 14001 certification and celebrated the company’s 90th anniversary.