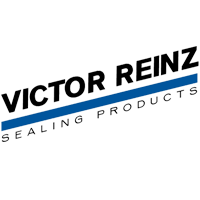 Over the last century, Victor Reinz has developed advanced sealing technologies to enable even the most complex of automotive repairs. Today, Victor Reinz is one of the largest international automotive suppliers, operating more than 150 facilities in 34 countries. As part of the Dana Group, Victor Reinz is often seen alongside Glaser, Spicer, GWB and Tru-Cool brands and has won a host of awards and certificates.

1946: rebranded as the Dana Corporation in honour of Charles Dana.