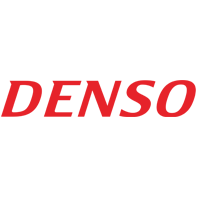 As one of the largest car-part suppliers in the world, Denso manufactures premium automotive OE products for numerous vehicles. Amongst its most recent launches, Denso has created widely anticipated 360° sensor technology. Denso's vision is to achieve a society with new mobility through automated driving.

Denso operates 189 subsidiaries across the globe and is most famous for its wide range of racing TT iridium spark plugs, as well as competitively-priced everyday glow plugs and spark plugs. Denso also manufactures a vast array of electric components including alternators, starter motors, valves and sensors, and a range of non-electrical items including radiators, wiper blades and coolers.

1961: became the first car parts supplier in Japan to receive the Deming Prize for quality control.

2003: developed the world’s first ejector that combines the functions of an expansion valve and compressor. Denso also developed millimetre-wave radar and pre-crash electronic control units to reduce damage from impact.

2005: opened an engineering and testing facility for diesel components in Germany.